There are many patterns out there – some of them are real, others are just a myth. By back testing them, we can find out which one can give us an edge. In this article, I would like to show how to code and test the famous Turnaround Tuesday pattern for the stock market.

What is the Turnaround Tuesday?

You might have heard of the “Turnaround Tuesday” in the equity indexes. The idea behind it is simple: If the equity index has a negative performance on Monday, then Tuesday`s market action often shows a bullish turnaround. Now let us code this. It is really easy using the dayofweek(date) function:

Backtesting the S&P 500 ETF – Does the Pattern work?

Here are the results for SPY (without commissions) when each signal was traded with 100k USD: 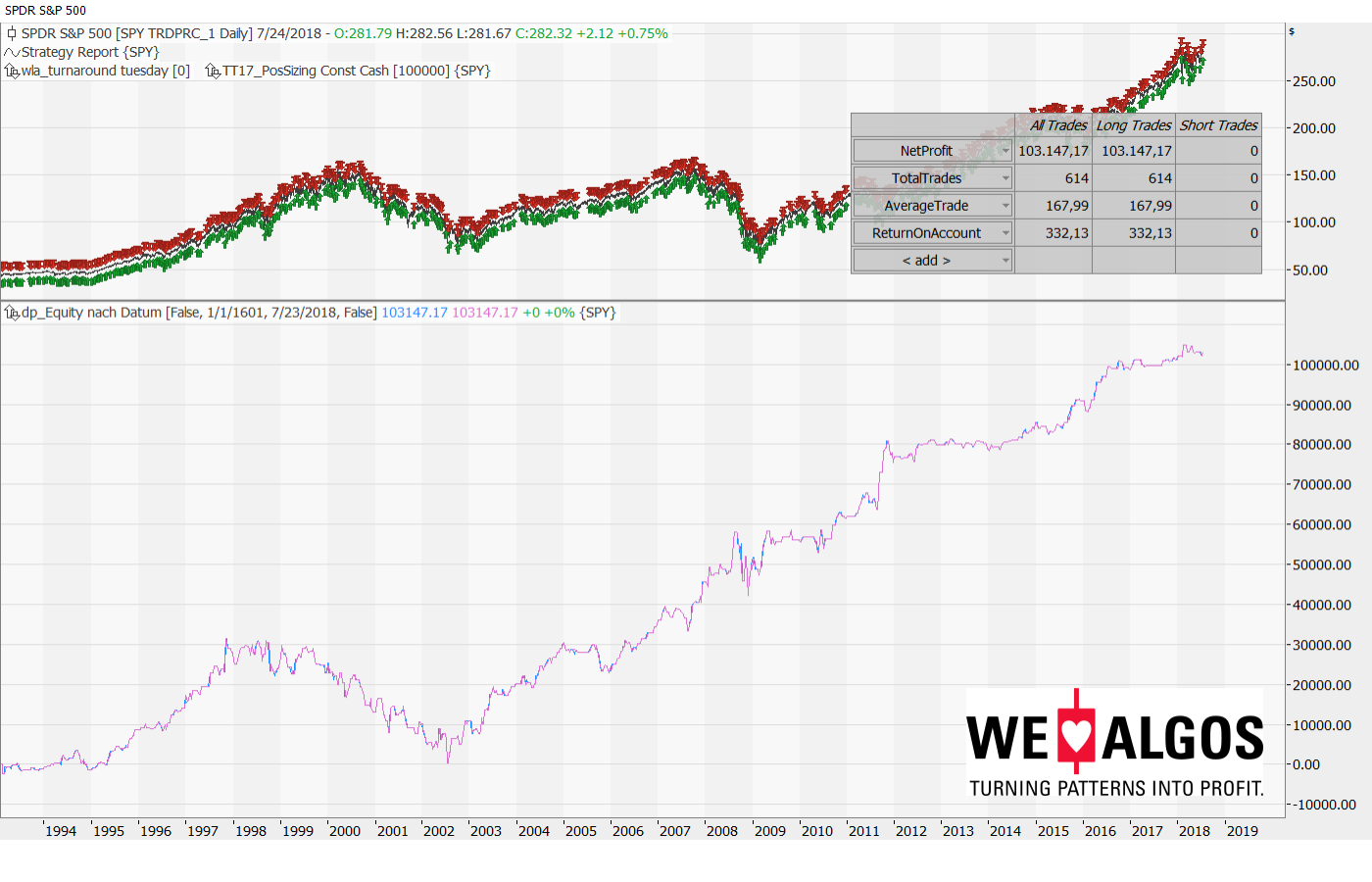 Can we improve the performance when we only take a signal when there was a significant down move on Monday? For example at least 1%? Let us find out by adding this rule into the existing code.

Take a look at the results now: 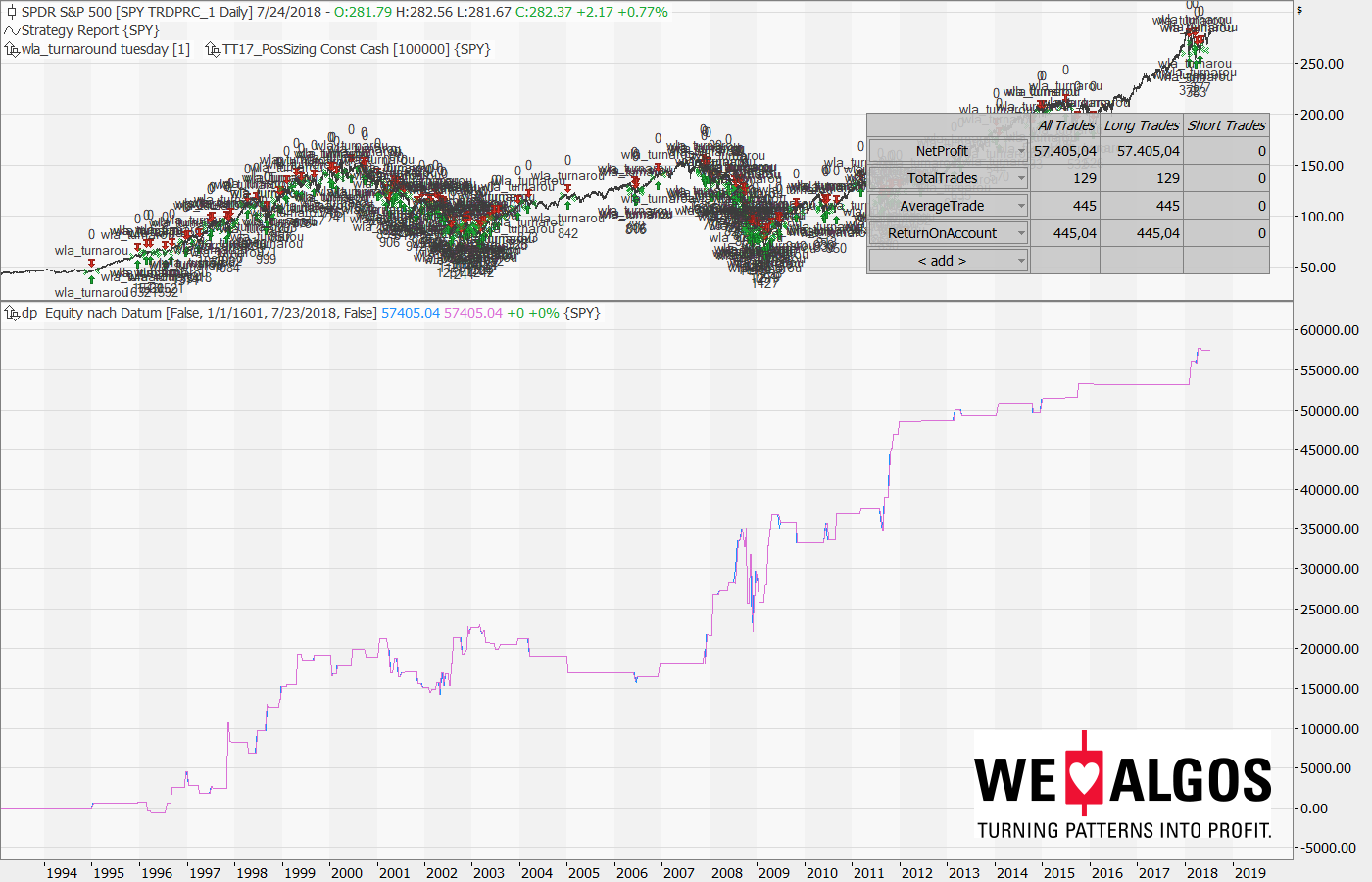 Tradesignal is a registered trademark of Tradesignal GmbH. Unauthorized use or misuse is strictly prohibited. Data by Thomson Reuters Eikon.