The Parabolic SAR is an indicator that uses a curve to highlight a trend. A Parabola is a symmetrical plane curve. Consequently, Parabolic motion is experienced by an object that when thrown, moves along a curved path.  In relation to charts, let’s assume the object to be the price and the curve the general motion of that price. If we plot this motion from the highest or lowest point of a price series, whilst unlikely to be perfectly symmetrical, it will provide a curve above or below the price. 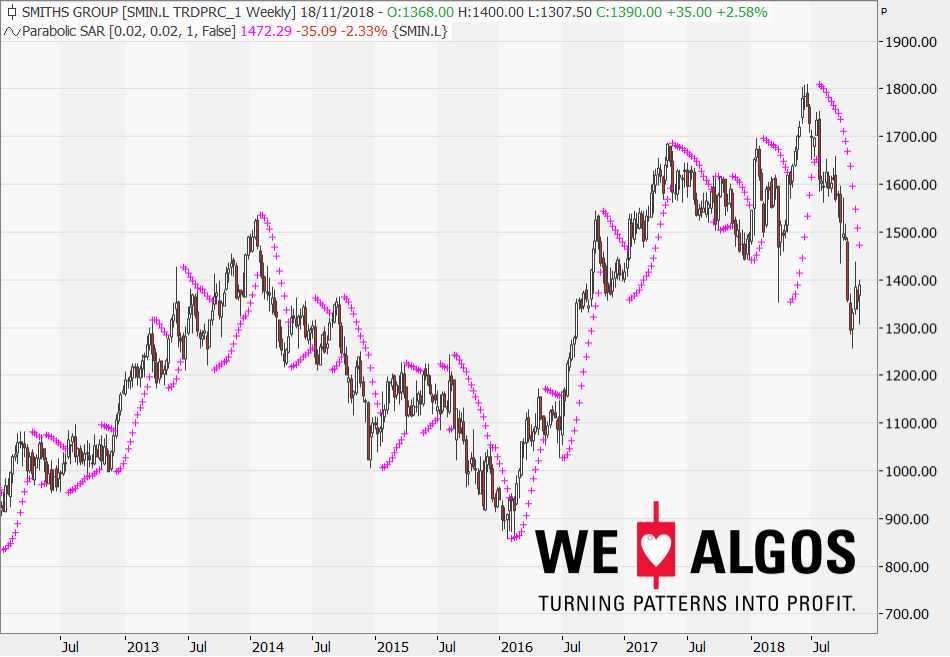 What is the Parabolic SAR?

Known as the Parabolic SAR or ‘PSAR’, SAR stands for Stop And Reverse. The concept is to take an entry signal at the start of the curve for the respective bull/bear trend.  The curve converges towards the price and the signal is either stopped, or an entry is then taken in the opposite direction. This is shown below firstly using just the stop, with the second chart showing the Stop And Reverse: 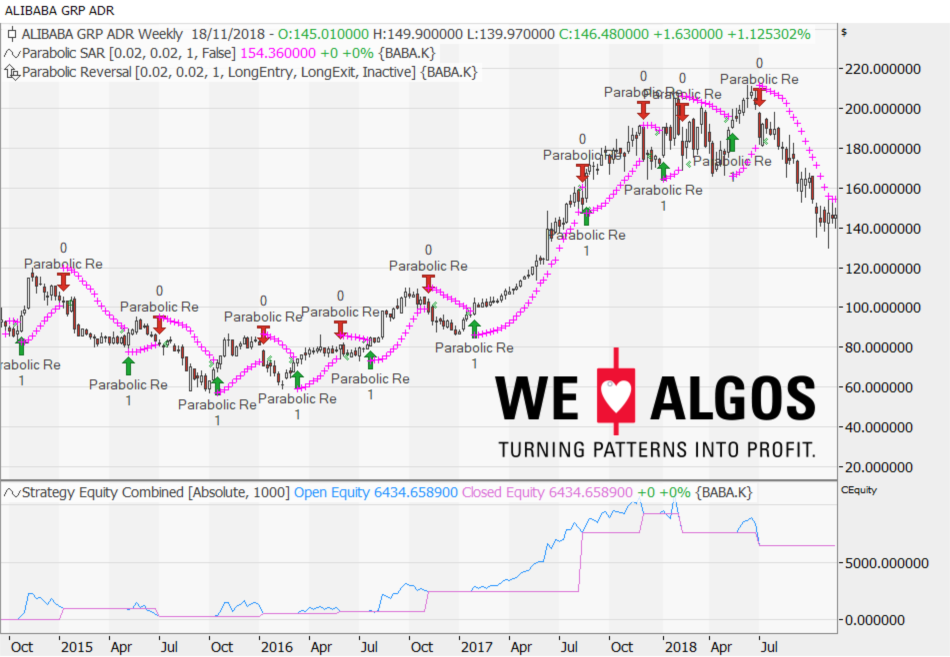 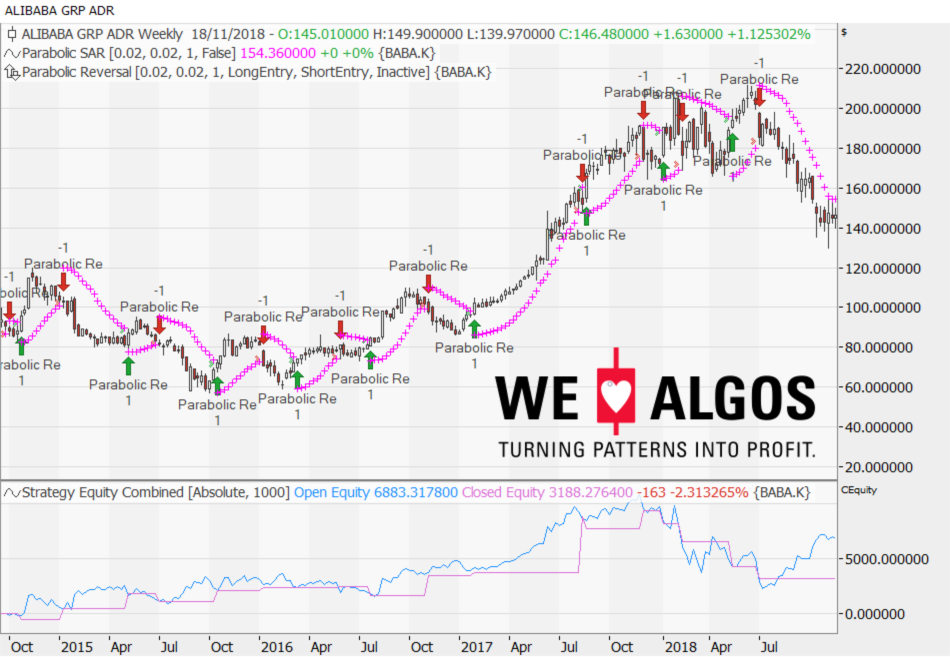 Two things become apparent from the above charts. Firstly, the Parabolic SAR works well as a trend indicator. However tweaking is required to capture the full trend on larger trends. Secondly, as a good trend indicator, the second chart indicates the Parabolic SAR does not do well in sideways markets. It captures the general move but is subject to ‘whipsawing’.

We can fix these problems by tweaking the start point and increment of the SAR calculation, to capture larger trends. Furthermore, we could add a separate trend confirming indicator such as the ADX to confirm the trend before we take signals provided by the SAR. Taking below as an example, we capture the entire trend from the chart above, beginning at the start of 2017. It only starts once the line of the ADX indicator is above 30(red line). The stop is set when the Parabolic curve changes. To smooth out the curve and capture the trend it starts at 0.03 with no increment. 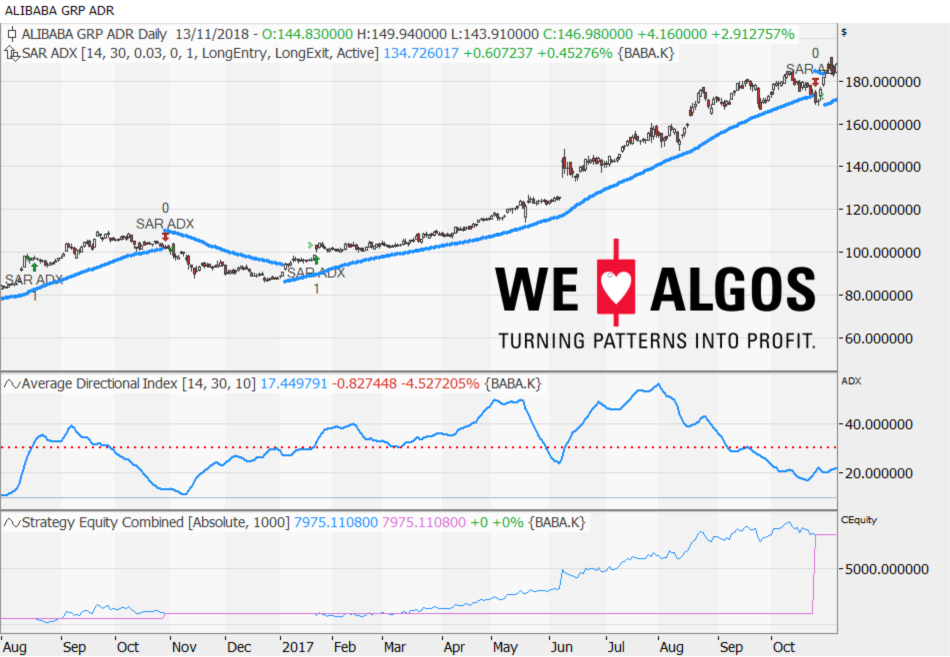 The code for this is below, if we wanted to also reverse the trade and not use the change of the curve as a stop for the long, we would add the same ‘ADX (Period)>Highlevel’ to the Bearish signal line. 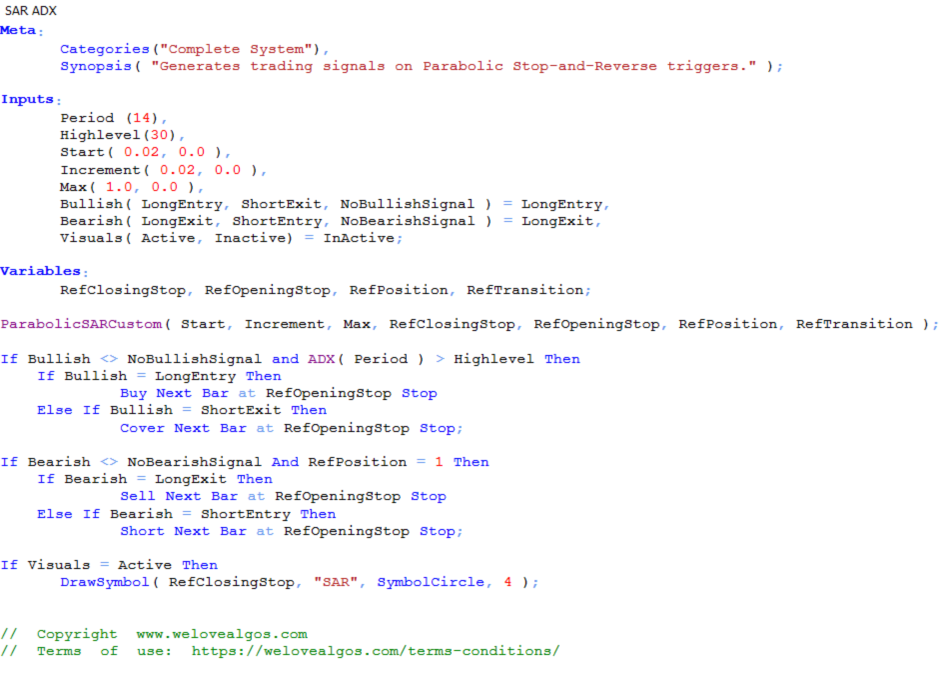