Divergences between an indicator and the price can be powerful signals for a trend change. This post will show you how to program an indicator to automatically detect and visualise a bullish and bearish divergence by using so called arrays.

What is a Bullish or Bearish Divergence?

A perfect example of a bullish divergence is shown on the chart below: While the EUR/USD made a new low (see highlights), the MACD below already made a higher low. So the new low in the price was not confirmed by the indicator. Both series diverge which means that there could be a trend change soon. 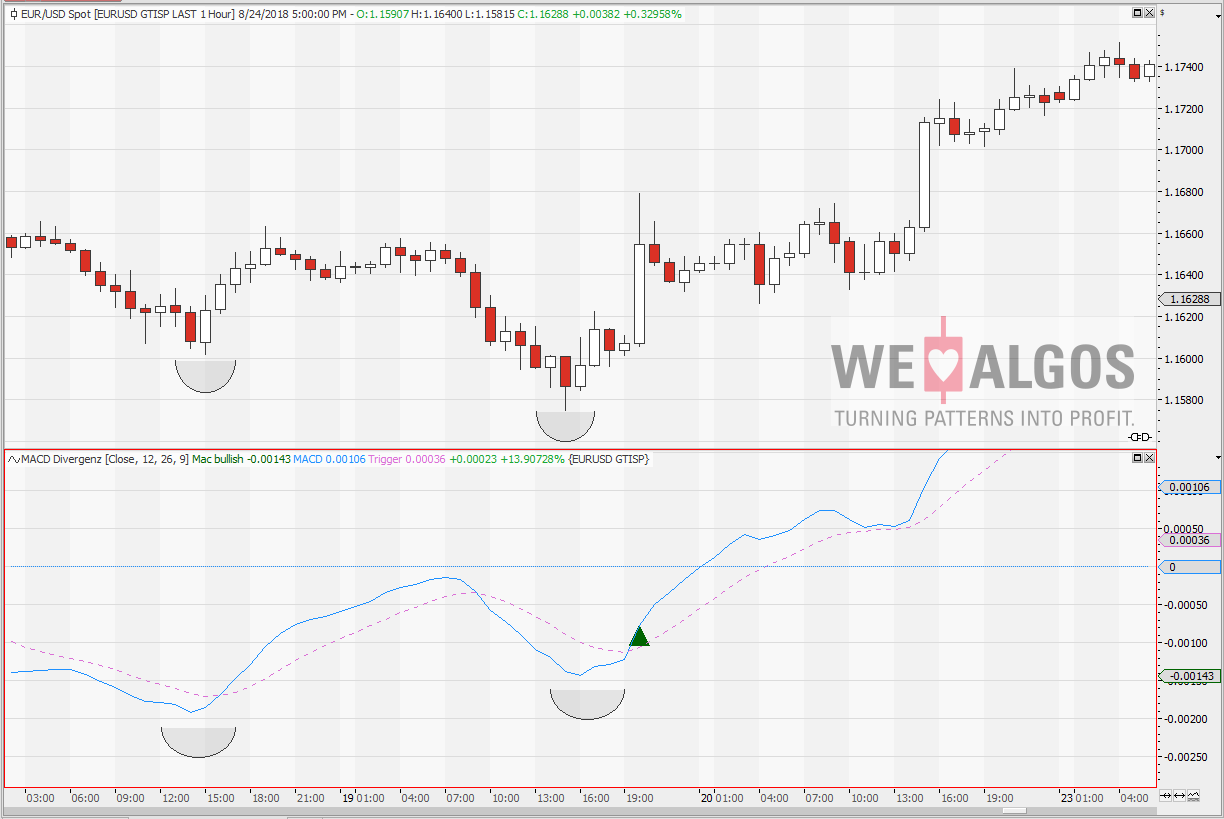 Let`s have a look at the programming to see how this divergence has been found automatically. 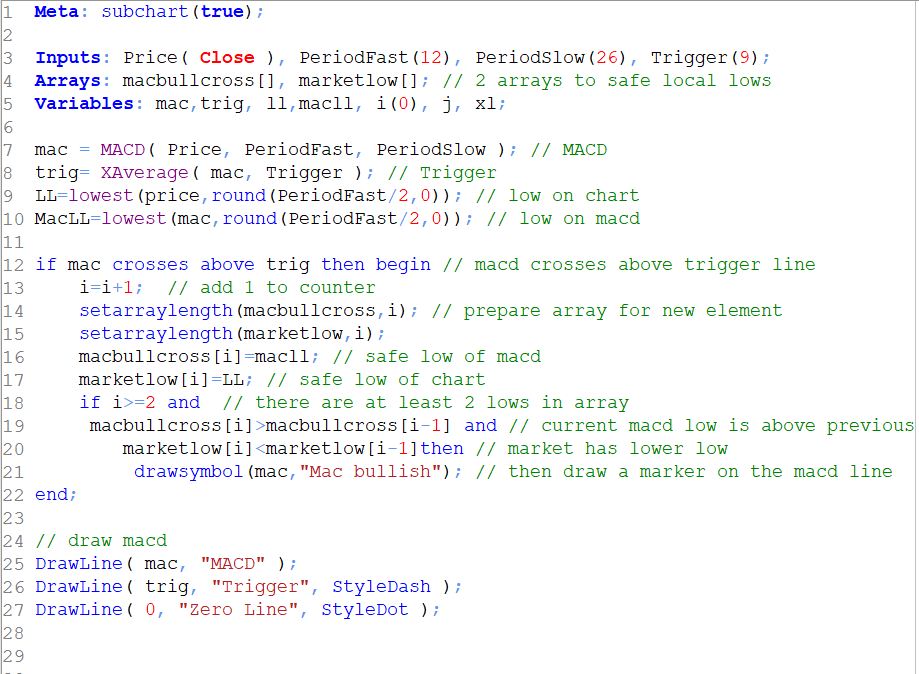 In this example we coded an indicator for bullish divergences. In order to detect bearish divergences too, you would have add more lines of code like 18-21 to do the logic.